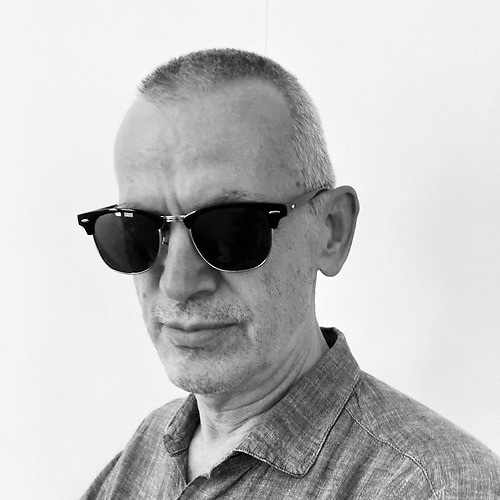 François Fronty is an independent filmmaker who has made short documentaries in different countries (France, Colombia, India, Algeria, Senegal), which have been broadcast by television stations and in festivals, as well as short experimental films. He is writing and developing two feature-length fiction films, one of which will be shot in Congo. His artistic practice and publications deal with spiritual and intercultural issues in cinema, the subject of his doctoral thesis at Paris3. His interventions in writing and directing workshops and at universities often lead him to Central and West Africa, where he has created and coordinated a research laboratory on cinema since 2008 (Grecirea, Gaston Berger University, Saint-Louis, Senegal).