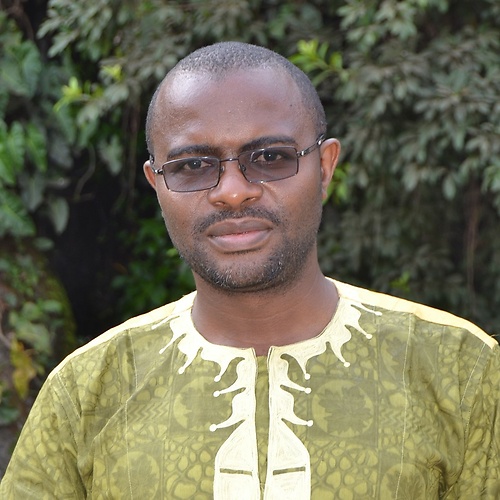 Born in 1978 in Yaoundé, Mama Mbouobouo is a Cameroonian documentary filmmaker. He is a graduate of the Ecole Nationale Supérieure des Postes et Télécommunications of Buea-Cameroun. From 2009 to 2015, Mama participates in many professional meetings, workshops and trainings related to audiovisual production. From 2005 to 2014 he directed no less than 10 productions, ranging from documentary to fiction. VraiVrai Films produces two of his projects: Mama Marthe, a short documentary in 2010 and his first feature-length documentary in 2014 : The Offering Girl. Mama is also a professor of arts and cinematography at the Lycée Scientifique in Bertoua, eastern Cameroon.

Fon Mbière is his second feature-length documentary and the third collaboration between VraiVrai Films and Mama.

FON MBIERE - 2020 (Prize for the best documentary Central Africa at the Ecrans Noirs Festival in 2020, Special Jury Prize at the Festival of Cultural Identities, FESTIC in 2020)