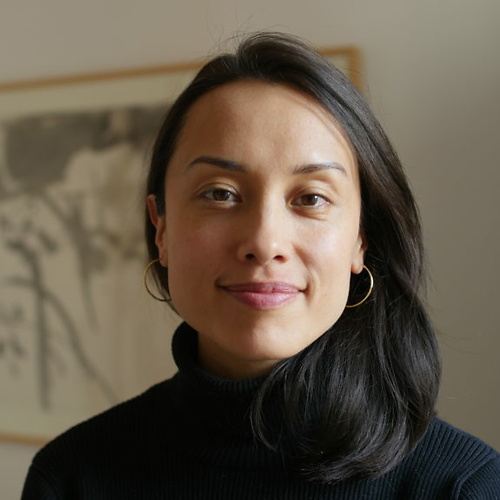 At the end of the 1990's, Mia Ma watched Jean-Pierre Thorn's film Faire kiffer les anges on her television set, driven by her love of hip hop dance. She discovered with enthusiasm a kind of documentary she had never seen before, which transforms intimacy into politics, and reality into cinema.

It is only ten years later, after serving chicken at KFC, wearing hostess and mascot costumes, obtaining a master's degree in philosophy, writing for magazines, filming and editing X-rated videos, reports, institutional films and DIY tutorials, that she decides to learn filmmaking at Ateliers Varan, convinced that documentary cinema is a privileged way to question the world we live in. She directed Riz cantonais in 2015, a medium-length film that tells the story of the complexity of miscegenation from an intimate point of view. In 2021, she directed Fréquence Julie, which explores the issues of madness and courage from the perspective of friendship.

Today, Mia Ma works in parallel as a technician in the world of dubbing.