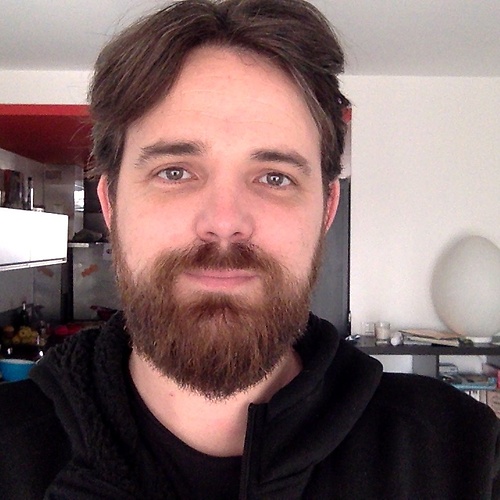 Originally from Charente-Maritime, Sébastien was trained at the University of Bordeaux 3 in audiovisual production, then at the Gobelins in framing and post-production. For 4 years, he was in charge of production for international documentaries. Then he started his own business as a cameraman and editor on various documentary projects.

Sébastien has been a singer-songwriter for 20 years in a band. He completes his audiovisual career with studio and stage experience. Subsidized by the European Social Fund, he has directed several 26-minute documentaries and a first 52-minute documentary in 2011, Building a dream. Since then, he has been pursuing his desire to direct, both in fiction (the web series Zikos, which won an award at the Festival francophone de la websérie 2014) and in archival documentaries (numerous films for the Fonds audiovisuel de recherche de La Rochelle).