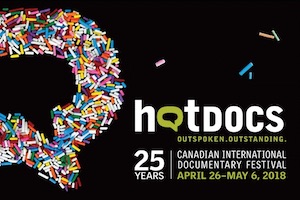 The film “Vivre riche” written and directed by Joel Akafou was selected by the Canadian festival Hot Docs of Toronto for the international mid-length competition. For its premiere in North America, the film will be screened in the presence of the director on Monday, April 30th and Tuesday, May 1st. You may find the information about the film on the festival website here.

Hot Docs Canadian International Documentary Festival is the reference festival devoted to documentary cinema in North America. We are very happy and proud of this selection that comes to dedicate the work of the whole team of the film, after the distinctions already received at the festival Visions du Réel, in Nyon, and Corsica.Doc, in Ajaccio.