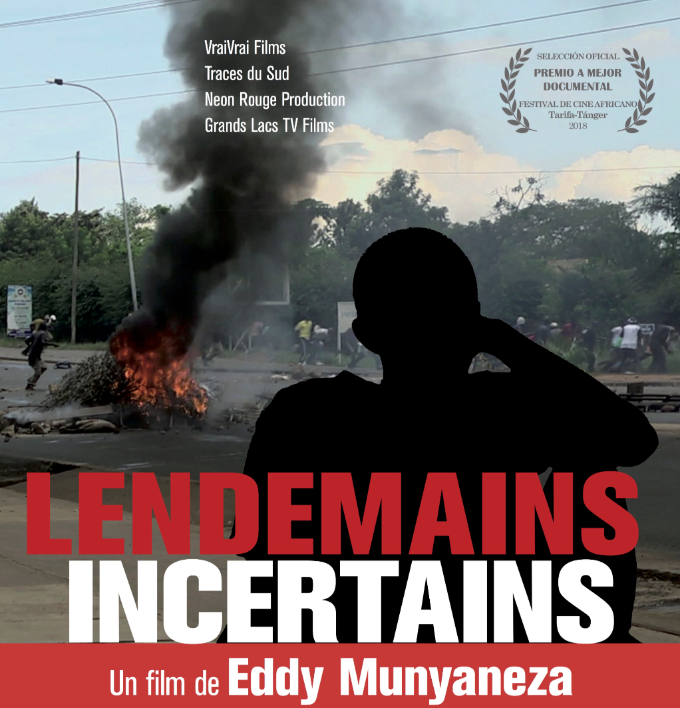 “Uncertain Future” at the Wallonie-Bruxelles Center

From the 30th of September to the 8th of October at the Centre Wallonie-Bruxelles in Paris will take place the 28th edition of the Festival de la Francophonie Métissée. For the occasion, it will receive the “Quinzaine du Cinéma Francophone” (Francophone Cinema Fortnight). This non-competitive festival present every year a selection of specific documentaries and fictions. Lendemains incertains (71 minutes, 2018) will be shown during the festival on the Saturday 5th of October at 6:30pm in the presence of Eddy Munyaneza, the director.

Coco Velten, a place devoted to hosting, exchanging and working located in Marseille, organize regularly activities, discussions and debates. On the 31th of October Jess, Vent de Face (56 minutes, 2019) directed by Sophie Glanddier will be shown at the public and followed by a meeting and discussion with the director.

Le Samaritain de Shanghai by Sébastien Cassen (52 minutes, 2019) comes back after its first screening in France at the cinéma Gallia in Saintes. It will be projected this time on the Saturday 5th of October at the Institut Ricci, centre d’études chinoises (Chinese studies institute) in Paris. The screening will be followed by a discussion in the presence of the director Sébastien Cassen, the jesuit and doctor in theology and political sciences Benoit Vermander and the researcher and professor Jean-Luc Pinol.

Not to be forgotten : the screening of the Samaritain de Shanghai which took place the Tuesday 1st of October at the Halles du Faubourg in Lyon with the collaboration of Lyon’s university.